Cartoonists, commenters and bloggers from all over the world are using the Internet’s images, photo sharing websites and other platforms to share funny memes to explain, poke fun, laugh at or to simply show displeasure at the latest shutdown of the American government. The Republicans and the Democrats could not come to an agreement about the Affordable Care Act (ACA) or more commonly known as the Obamacare Act, launched by Barack Obama. It seems that both sides of the political scenario, the right as well as the left, have taken up the chance to take on the current political situation of the country. 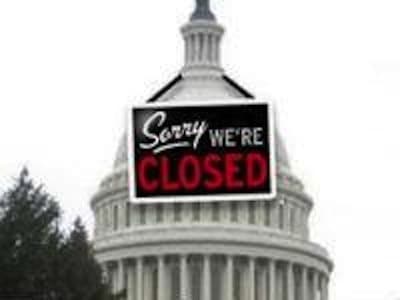 Here is a picture of the Whitehouse, the home of the American president with the “Sorry we’re closed” sign hanging from the pinnacle, where the building is used as a metaphor to show the current logjam of the parliament. 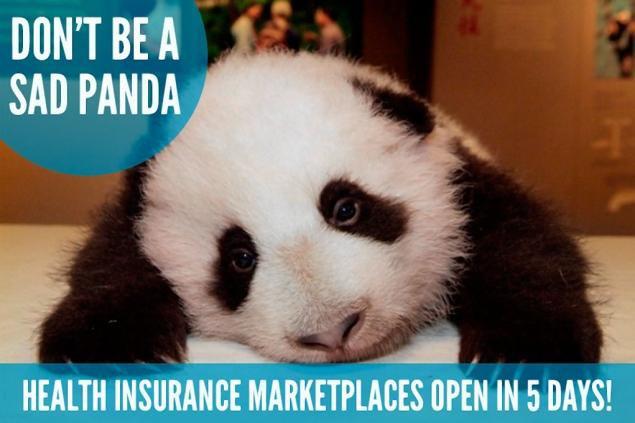 This meme, as can easily be seen, is made by a Democrat or an Obama supporter, who is in favour of the Obamacare Act and is hopeful that the shutdown will end in 5 days time after which people will again be able to reap benefits of the Act. 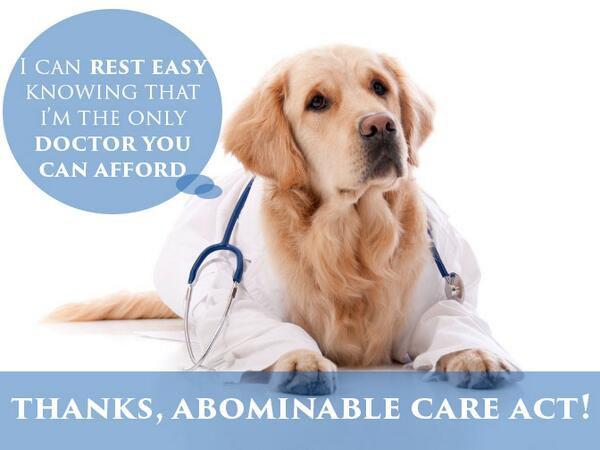 This is a counter meme to the above meme, probably by a Republican, pointing out that with the healthcare scheme in question, people will only be able to afford dogs and not real doctors. 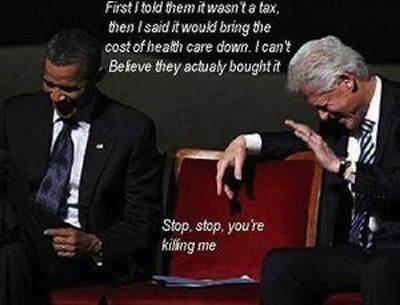 This one is probably the most satirical and in it Obama is seen sitting beside former President Clinton and sharing a joke on how they have been able to exploit the innocent citizens of the country. 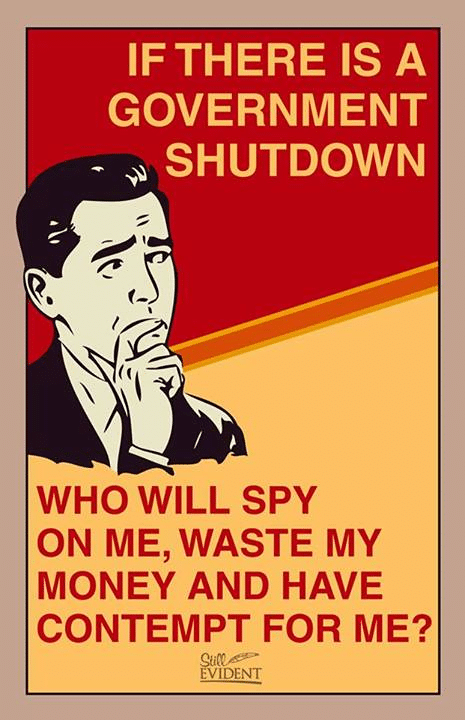 This last one is finally a direct hit at the current generation of American citizens who are being hugely exploited by the capitalist backed leaders of the country, and it spells out important questions, in a satirical way, not only at the government, but urges the citizens to look deep within themselves.