There is this general notion that memes are based on trivial, unimportant issues, revolving mainly around entertainment and gossip. While that might hold true for 90% of all memes ever made, here comes the revolution!

Ever since Obama sought to seek approval from Congress to strike Syria, Anti-Obama memes have been flying off the (virtual) shelves! The best of the lot include: 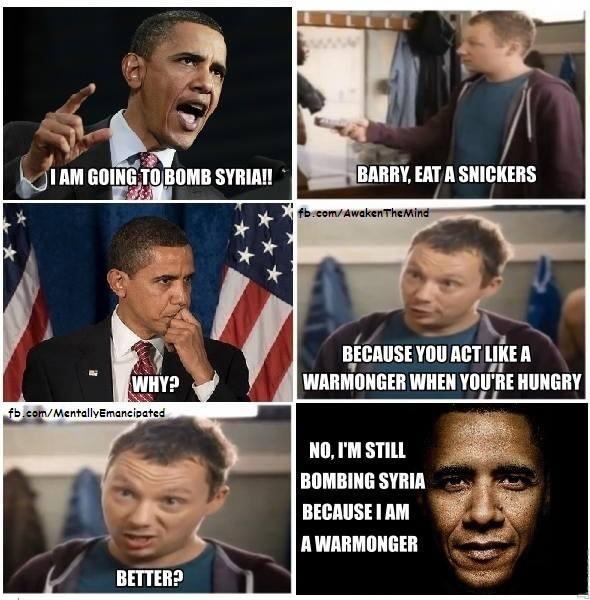 Well… While we don’t know how pleased Snickers is that their ad campaign idea has been used to make an anti-Obama meme, this sure hits the nail right on the head! 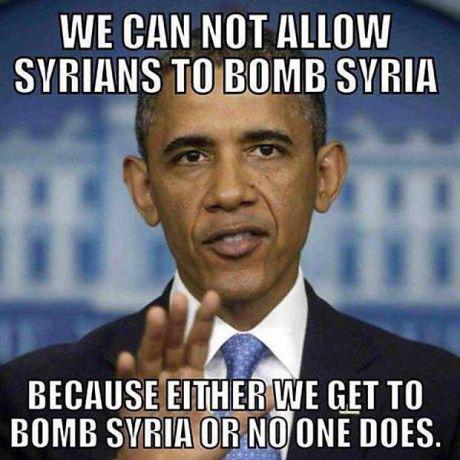 Oops. Whether Obama really thinks like this or not is anybody’s guess, this meme does not shy away from showing what thousands of people all over the world think about the “beloved” American Prez. Time to hold up your Peace Prize, Mr. President? 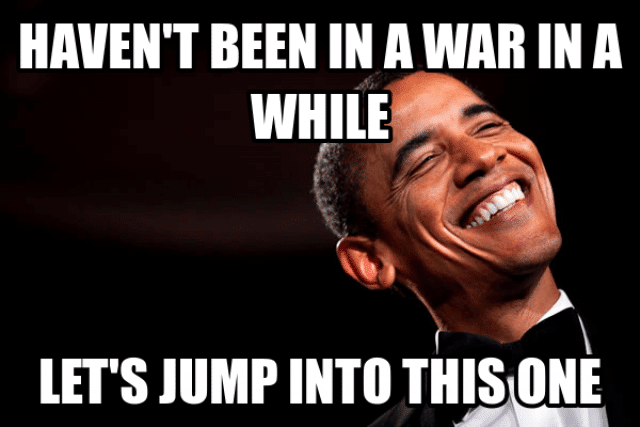 Look at that grin – it’s the “I know I am evil and I love it” grin! Well, maybe not, but this funny meme has captured the best of the (otherwise perfectly acceptable) moment and turned it into a meme to protest Obama’s decision to bomb Syria. Sinister much? 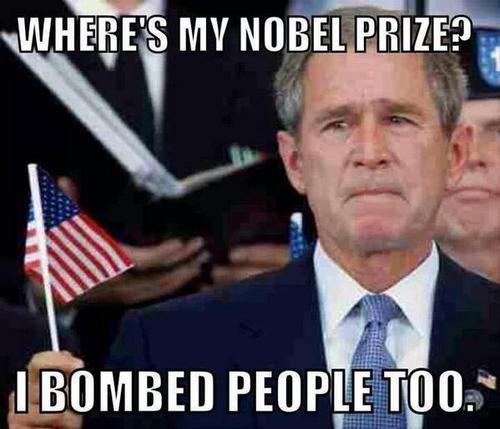 Come to think of it, poor George Bush seriously was deprived of the Nobel Peace Prize. Why, Obama received it, and now he’s going to bomb Syria! Why leave out Bush then? Not fair, we say. 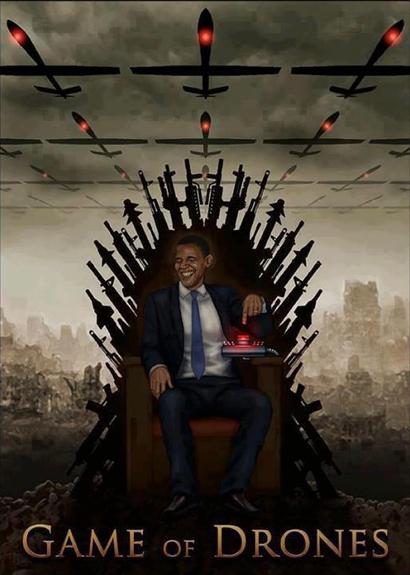 And the most precious of the lot – and the most furiously debated – is this meme, taking on the hugely popular “Game of Thrones”. While the GOT addicts cried themselves hoarse over this meme, protesting against unscrupulous usage of the game’s poster, this sure is one hell of a gut-punching meme. Obama’s face says a thousand words. And that finger, ready to launch the drone attacks! Sure says a lot about public opinion, Mr. President.

See also: Kim Jong Un: The other side of the coin…